Warning: A non-numeric value encountered in /home/clients/f5bc5d5e4a0741eceb8f613b0ac99415/umcebo/wp-content/plugins/slider-image/slider.php on line 2193


Patricia lives and works in Paris, France. She has participated in hundreds of exhibitions in Europe, Japan, New Zealand, Mexico and United States since 1991. She engages in regular collaborations with writers and poets for artist’s book creation. Her artistic expression, mainly around abstract painting, also extends into other media and creative areas like photography and sculpture.

Her first solo exhibition was held in 1993 at Galerie du Haut-Pavé in Paris, then under the direction of Jean Pierre Brice Olivier. Her works have since been shown worldwide and are present in numerous public and private collections. Her multidisciplinary artistic work, in addition to painting and collages, covers areas of expression such as sculpture, photography and artists’ books. She lives and works in France in Paris, where her studio is located. 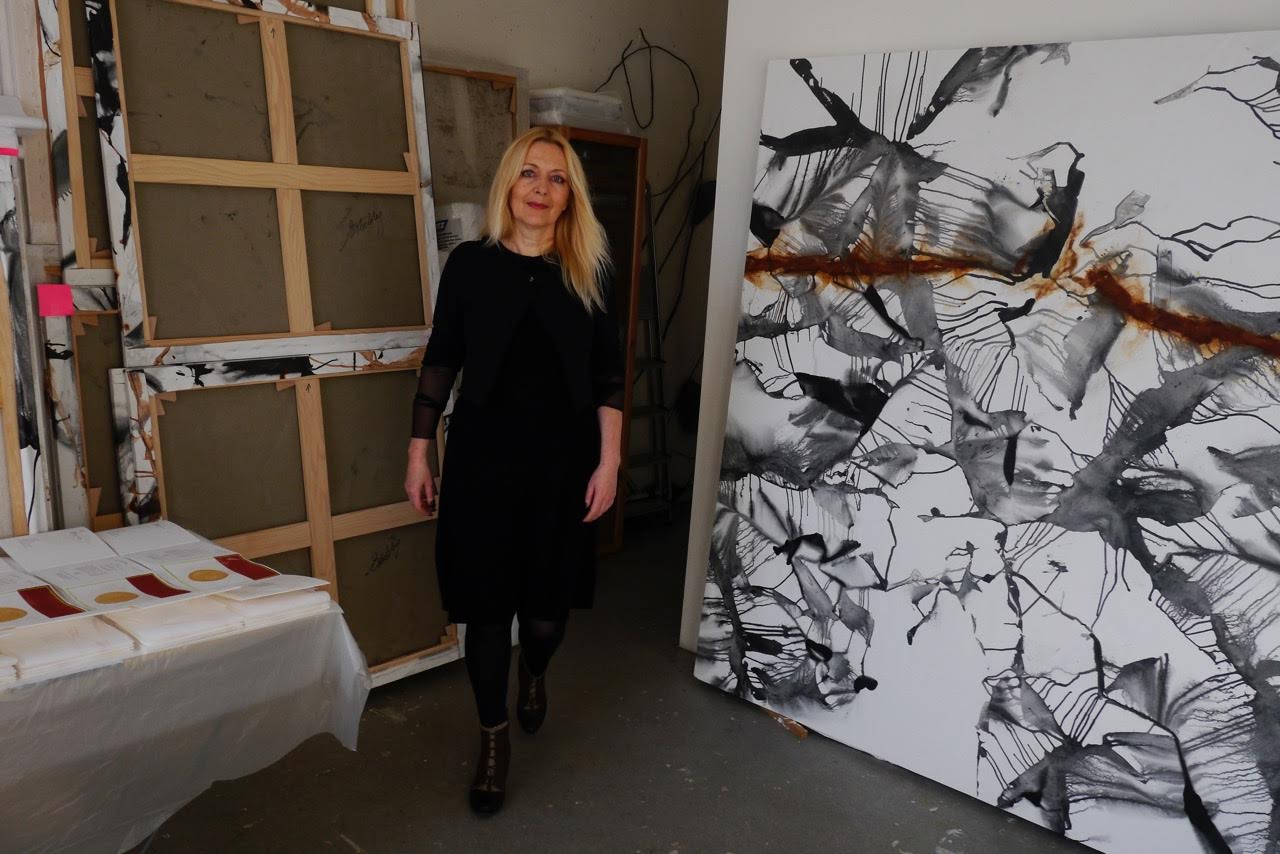 After studying literature Patricia worked in various fields before devoting herself to painting from 1988 onwards. She is a figure in the new scene of French abstract art and is known for her unique technique in painting as well as for her artist’s books.

Photography appears in her work in 1995 and also plays an important role in the creation of her artist books. These artists’ books are made in collaboration with writers and poets, among them: Joël Bastard, Michel Bohbot, Michel Butor, Serge Gavronsky, Hubert Lucot, Tita Reut. Patricia also makes covers and illustrations for books, including Christina Mengert at Burning Deck Publishers.
Patricia Erbelding presents in February 2017 at the Umcebo Gallery the exhibition “North-South” a photographic series that brings together constructions that are abandoned or waiting for a presence. Often fragile, they mix with each other, in a way that can appear almost irrelevant. Lives with different destinies appear, without ever showing the human.